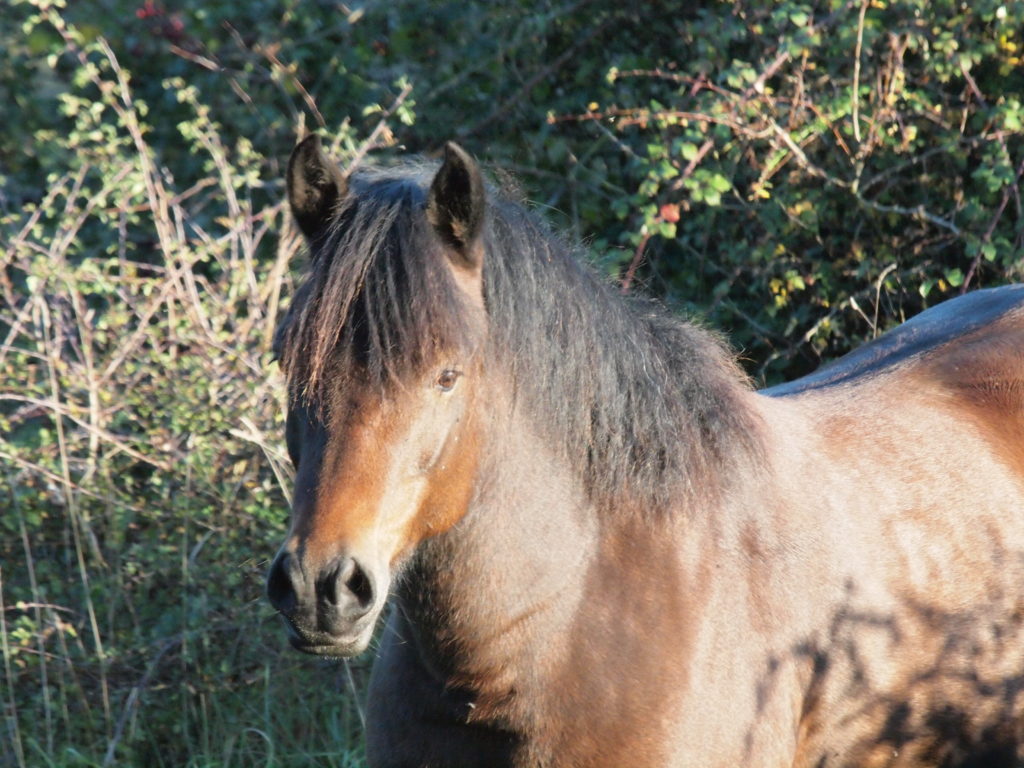 Why do some commoners run geldings on the New Forest, and how might this affect the stallions and mares?

Common Rights of Pasture do include the right to run geldings on the forest at any and all times of the year. There are various reasons that a commoner might run geldings and it is entirely up to each individual, but I suggest a few of the scenarios are:

running young geldings on until they are old enough to be broken in etc. This provides a really excellent life education and experience for the young boys. However, a down side may be that the youngsters often don’t grow on as well (add as much height) due to the restricted amount of food.

Some of the problems from geldings arise when it comes to the breeding season. The gelding has probably lived with his herd of mares all year and may become rather upset when a stallion suddenly appears and tries to relocate the mares into his own harem. If the gelding is a mature adult he may have more weight and height than maybe a younger, inexperienced stallion and this can easily result in the stallion being driven away to try his luck in a different area. Or the stallion has to put up a real fight, with the risk of injury, to establish himself as the top horse. Bearing in mind that the stallions are only out on the forest for approx 5 weeks these days, it is important that he can ‘settle down’ and get on with his job as quickly as possible rather than having to fight his way in to start with – the poor stallion gets enough grief from the mares; he really doesn’t need any trouble from anywhere else.

A gelding may live happily with a bunch of mares and, especially if a stallion is not directly in the area, appear to cause absolutely no problem. But the fact that the gelding is there may reduce the chances of the mares travelling to find the stallion – although some of the really determined mares still seem to manage to sneak off and get in foal.

Having a gelding on the forest that runs with a bunch of mares does not really give any ‘structure’ to the herd – this is done by the older mares or the stallion – but if, as an owner, you don’t want your mares to get in foal then the fact that they run with a gelding may be a good thing.

But, overall there are more commoners that ‘need’ foals (well, the fillies, as replacements – they are in desperately short supply) and the more chances that a stallion has to get the mares in foal, the better; so the least amount of interference from geldings to reduce the stallion’s ability to do his job, would surely only be a desirable thing.